Free Consultation
For a free initial consultation with one of our experienced attorneys, please contact Kramer, Dunleavy & Ratchik, PLLC at 212-226-6662 or info@kdrpilawyers.com 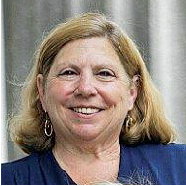 Named by the National Law Journal as one of the nation’s top 50 women litigators, Denise M. Dunleavy dedicates her practice to plaintiffs in personal injury and products liability cases. Although she handles a variety of cases, her passion is obtaining civil justice for victims of preventable crimes.

Dunleavy has won more than $20 million on behalf of crime victims in lawsuits involving property owners with inadequate or defective security, becoming one of the first lawyers in New York to develop an expertise in this area. Many of these cases involved women who were sexually assaulted and/or raped due to inadequate building security. As a result of her work in this area, victims as well as neighbors, visitors, the property owners, and the community at large, are now more aware of this widespread problem across the nation. More importantly, security in these cases has been corrected and improved.

Well known for her litigation involving women’s health issues, Dunleavy is a pioneer in breast implant litigation. She is the only lawyer to receive a punitive damage award in a products liability case against a breast implant manufacturer by a federal judge following a bench trial. In addition, she tried the first breast implant case alleging and proving that breast cancer resulted from the polyurethane foam of a particular implant. In that case, she won a $4.5 million dollar verdict for her client and was instrumental in getting the product removed from the marketplace within six weeks after the verdict. Dunleavy has published numerous articles and has spoken frequently on this subject.

One of Dunleavy’s biggest successes came in 1999, when she took on the seemingly impenetrable gun industry on behalf of seven families of gunshot victims in Brooklyn, N.Y. In February of that year, a federal jury for the first time found a gun manufacturer liable for injuries caused by a handgun. The case (Hamilton v. Accu-tek), which received international media attention, exposed in detail how the gun industry’s negligence in marketing and distribution allowed weapons to flow illegally to states with strict anti-gun possession laws. Dunleavy’s passionate arguments in the case helped focus national attention on how loosely regulated gun shows in the South have led to numerous gunshot victims, including many children and teens.ac

For her work on this case, she was named Trial Lawyer of the Year from the Trial Lawyer for Public Justice. And, as a result of her efforts in the Hamilton v. Accu-tek case, the NAACP also quickly retained Dunleavy in 1999 in a pending lawsuit against 100 gun makers in an attempt to change the way firearms are marketed and distributed.

Some other career highlights include: